Ladies and Gentlemen: Matt Gallagher is our new Head Brewer!

Ladies and Gentlemen: Matt Gallagher is our new Head Brewer! 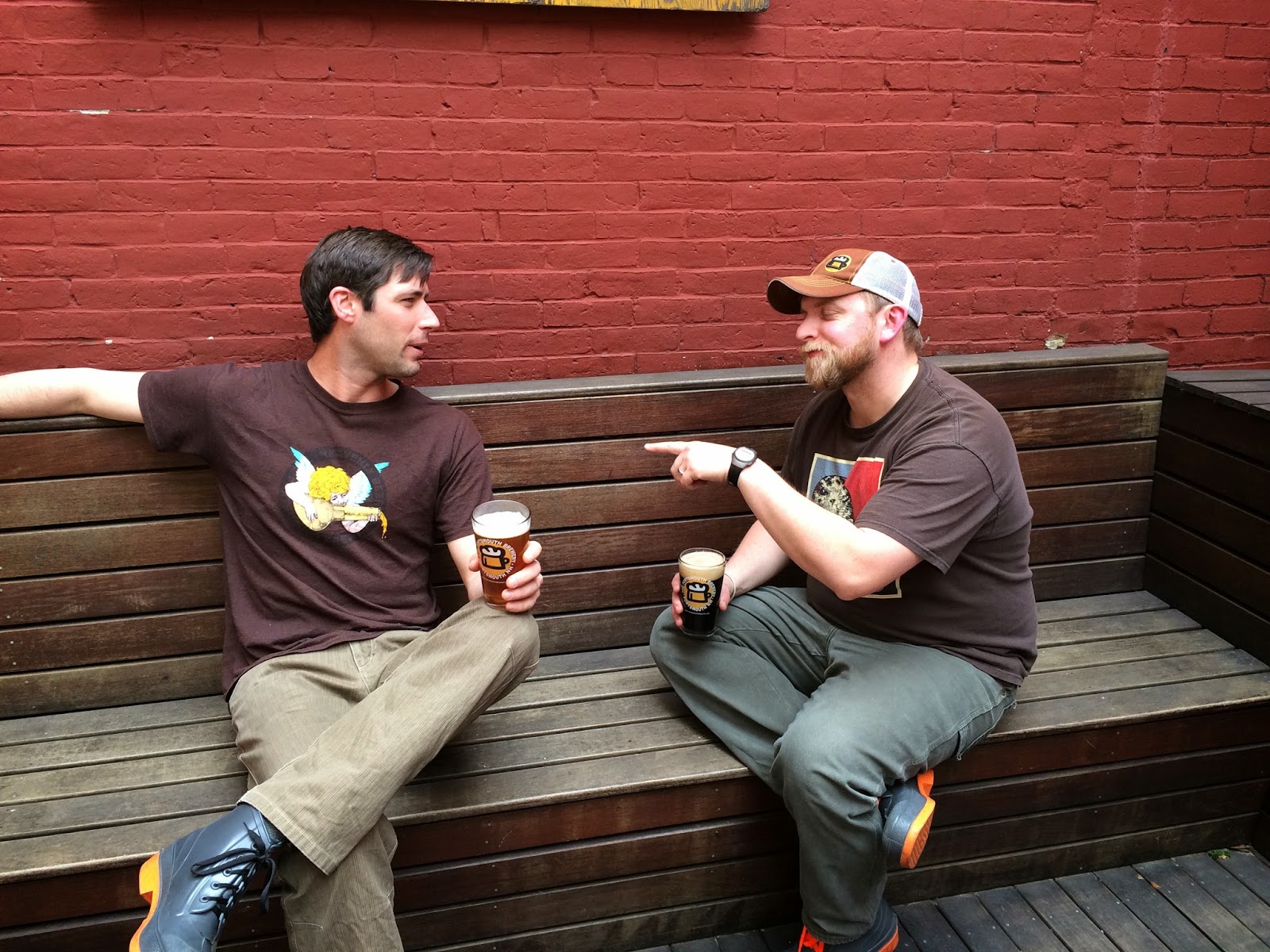 Change is in the air at Portsmouth Brewery as Head Brewer Tyler Jones is departing to become part owner and Head Brewer at the newly-formed Black Hog Brewing Company in Oxford, Connecticut. Current Assistant Brewer Matt Gallagher, Tyler’s first hire at the Portsmouth Brewery, will take over as Head Brewer.
Tyler started at the Portsmouth Brewery as an assistant in 2007 and, after a seven month stint at sister brewery Smuttynose, returned in the summer of 2012 to become Head Brewer.  “As a 21 year old, I looked at the brewhouse during my birthday celebration and dreamed of having a chance to try it out someday. Needless to say, to have brewed so many batches here is an unbelievable dream to have come true,” said Jones. The departing brewer listed Ginga Ninja (his wedding beer), Royal Impy Stout and the historical, botanical beers he brewed with Heirloom Gardener, John Forti, as favorites from his time at the helm.
Matt Gallagher started as a bartender at the Portsmouth Brewery but moved into the brewhouse after less than a year. Asked about his vision for the Brewery, Gallagher doesn’t see any massive shifts on the horizon: “Tyler has done such a great job keeping beers on tap and keeping the quality up, that I’ll simply maintain that. I am however, looking forward to bringing our customers what they most want.” Matt says talking to customers is one his favorite parts of the job and that it offers a great chance to learn his immediate market. “Hops are on everyone’s minds, so I plan on always having an IPA on tap. Many patrons have also given me feedback on our saisons and I’ll be revamping those, as well, while continuing to brew all the rotational beers our patrons love to drink.“ 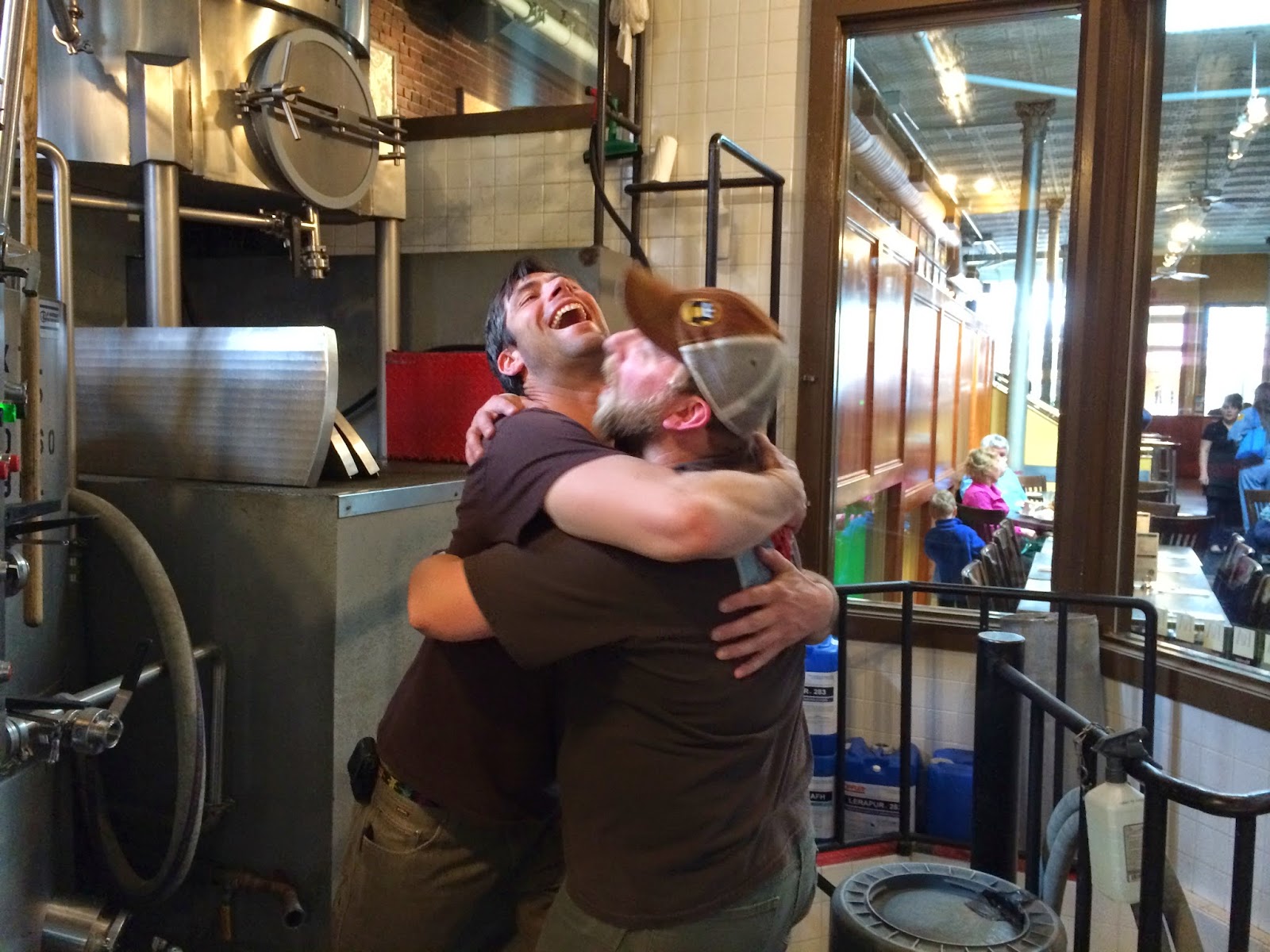 May 2 will be Tyler’s last day at Portsmouth Brewery. With Gallagher’s experience he’ll be able to hit the ground running, said Jones, “Matt is an excellent brewer. He’s already created a few popular beers, like Night Nurse black IPA and Grizzly Skinner imperial pale ale, and I look forward to drinking all of his new brews when I return to the Seacoast. I know he’s not short of ideas or skill.”
About the Portsmouth Brewery:
New Hampshire’s original brewpub has been serving all types in the heart of Portsmouth’s historic Market Square since 1991. Founded by the folks behind the Northampton (MA) Brewery, the creative cuisine of Chef Jon Hebert seeks to use as many local ingredients as possible in both brewpub standards and internationally-inspired dishes for more adventurous eaters. Beer offerings from Head Brewer Matt Gallagher cover virtually every style as well as other ideas that defy categorization.  The Portsmouth Brewery is open from 11:30am to 12:30am, 363 days a year.